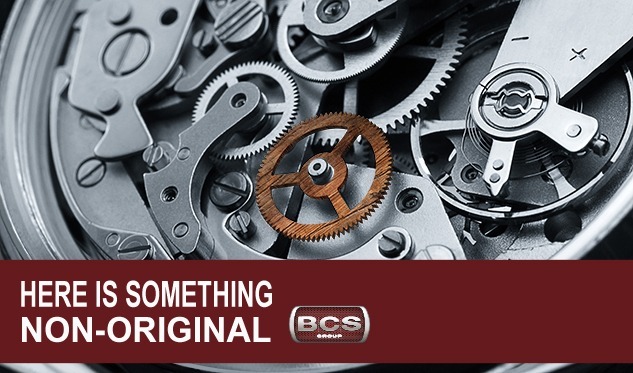 After-sales services play an increasingly important role for a company such as BCS Group which manufactures industrial goods. They give us the opportunity to establish an ongoing relationship with the end users of our products over time, thereby guaranteeing the quality performance levels and reliability which we are famous for world-wide.
It is with this in mind that we have promoted this targeted advertising campaign implemented across all the major industry magazines, which focuses on the quality and on the importance of genuine Mosa spare parts.
The sophisticated precision mechanics of a clock could be compromised by a foreign component in a material (wood) which is evidently "different" from the others because it is "not original". The invitation to reveal this "intruder", contained in the advertising slogan, is accompanied by an invitation to make "the right choice", accepting no compromise since this inevitably leads to poor results in time.